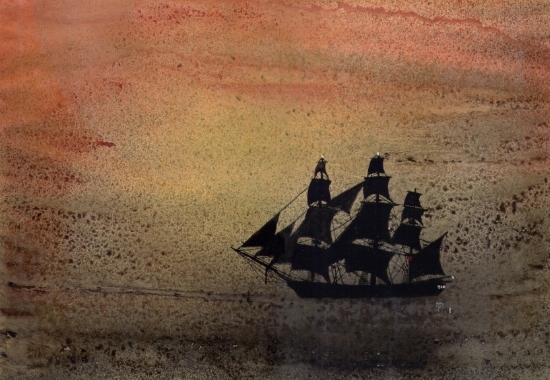 Recently, we started a series that took a closer look at these nautical legends, looking back to where they first began and why they were created.

What are these myths? How did they come about? And is there even a hint of truth in them? Read on for some of our favourites.

Calypso was nymph in Greek mythology, who is thought to have been the daughter of the Titan, Atlas! She is most commonly referred to as the Goddess of Silence and the Goddess of Deception – for the role she played in luring unsuspecting sailors to their death.

Calypso was often bored, so she spent her time distracting passing sailors with her beauty. The sailors were easily distracted whilst paying too much attention to her, and often made stupid mistakes that would lead to their destruction.

Whether she was real there is another matter – but these sailors must have been seeing something right?

ADDED BONUS: Calypso has featured in the Pirates of the Caribbean movies – in which a new backstory was created for her.

A sea serpent is a serpentine sea monster that was reportedly seen lurking at sea hundreds of years ago, and some people even claim that they see it today!

Mythology states that the sea serpent resembles a snake, but was that large, sailors were often mistaking its back for a string of islands. A lot of people were sceptical, claiming that sailors were seeing nothing but a trick of light and some big clumps of seaweed. Other people wrote the serpent off as being an abnormally large whale, dolphin or seal.

We’re not sure what these sailors were spotting, it could very well be a living deep sea creature – but it probably wasn’t as humongous as history claimed!

If you’re setting sail anytime soon, you will be in need of some marine supplies. Offshore Supply are leading ship chandlers who have a lot of knowledge on providing boats with everything they need for a successful journey – we pride ourselves on being leading providers in the industry.