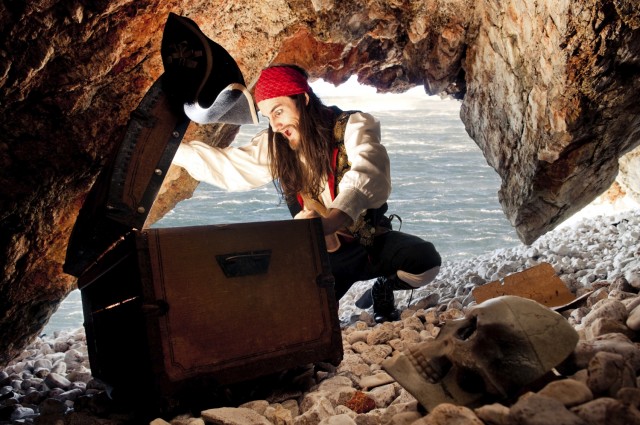 There’s something about the ocean which exudes adventure, excitement and romance. Whether setting off on a quest to discover lands anew, lost treasures or mysterious sea creatures, there’s something which has always occupied the minds of sailors – maybe it’s stories of swashbuckling pirates and their deadly obsession with gold? Here we take a look at three of the dastardliest crooks of the ocean and how they ‘shivered the timbers’ of the world around them.

Edward Thatch or Teach, better known under his pseudonym Blackbeard, was a British-born buccaneer who terrified the West Indies and Britain’s North American colonies.

Heralded as one of the most devious and ruthless pirates to walk the earth, Blackbeard and his crew were notorious for their cruelty to the victims of the ships they captured. In 1717, Blackbeard managed to capture La Concorde – a 200 ton French slaving vessel armed with 16 cannons. He took a shining to the ship and kept it for himself, adding 40 more cannons to it and making it the most formidable pirate vessel afloat at the time.

Ching Shih, also known as Cheng I Sao, was China’s most terrifying pirate in the early 19th Century. From humble beginnings, in 1801 she married a smaller scale pirate and together they built an empire of fleets. After her husband’s death in 1807, Ching Shih took over the fleet – which now had over 400 ships and 70,00 sailors – and ruled her sea-faring empire with an iron fist. Her various exploits throughout the ensuing years making her the most infamous Pirate Queen of all time.

A French pirate in the 1800s operating around the Gulf of Mexico – Jean built up quite a reputation for himself over the years and is considered to have been one of the most successful pirates in history. At one point he got so troublesome that the Louisiana Governor offered up the sum of $500 for his head – a princely sum in those days. Lafitte retorted with his own offer: an astounding $1,500 for the Governor’s head. It’s nice to know even pirates had a sense of humour.

Whilst (very luckily) modern day sailors don’t need to worry too much about being captured by dastardly pirates, there’s always plenty of other eventualities to prepare for before setting off on any long voyage.

Visit Offshore Supply to make sure you’re properly equipped for your seafaring adventure with marine safety products and marine supplies online. Or contact us on 0845 5211939 – our maritime experts will make sure you have everything you need for your trip.