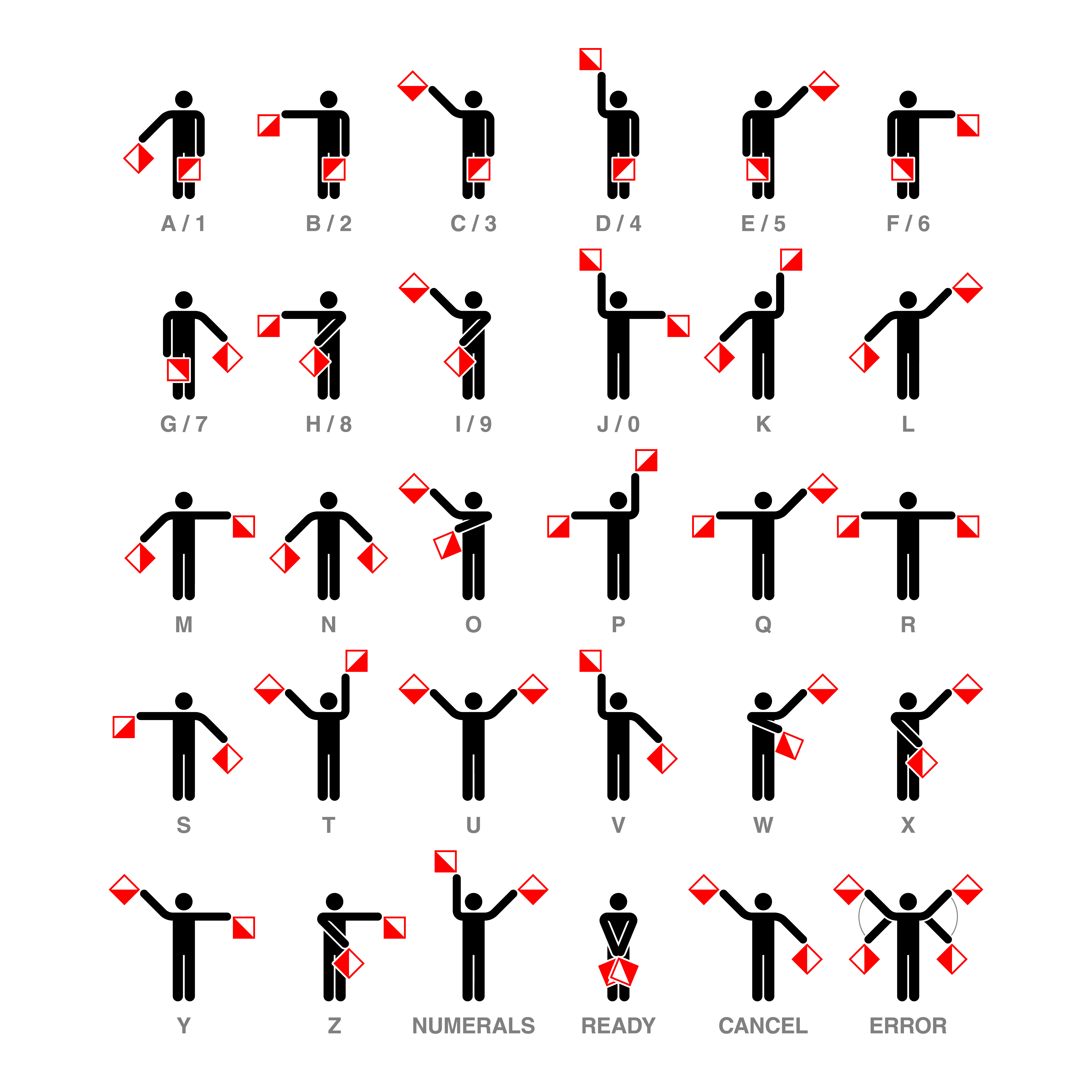 The sea can be a mysterious place; an expanse of open water that seems to stretch on forever. But, not everything at sea should be a complete mystery. It is important, after all, for you to understand what other sailors may be trying to communicate to you from their boats. There is a number of ways that your fellow seafarers may try and send these messages.

One such way that they may try to inform you of something across the ocean is through flag semaphore. This is a language of the ocean, one that is used in emergency situations in order to communicate distress (lighted wands may be used instead of flags at night).

Like most words, semaphore comes from the root of a Greek word. Sema, meaning sign and phero meaning to bear. It has become a standard telegraphy system which helps to convey information at a distance, usually with visual signs such as flasks, poles, discs or even bare hands when the situation calls for it. The information is signalled by the position of the flags in relation to the bearer’s body. This method of communication was widely used in the nineteenth century as a standard form of communication throughout the maritime world. Today, it has been outshone by more electrical forms of communication but it is still effective in an emergency situation.

Knowing the full alphabet in semaphore might be a cool party trick, but it isn’t entirely necessary for day to day survival at sea. So, knowing a few basics is often enough to get you by on the rough and tumble of the horizon of the sea. Though flags are not required, they help to make your message more obvious and are often in luminous red and yellow colours. One message that is always important to understand is that of SOS.

To signal for ‘S’ you simply raise your right arm completely straight from your body out to the side, whilst your left arm should be held out at a forty-five degrees’ angle downward from your body. An ‘O’ should have your right arm in the same position. But, your left arm should cross your body to the right and sit at a forty-five-degree angle upwards of your right flag. Simply repeat the same motion again for another ‘S’ to form the full SOS. 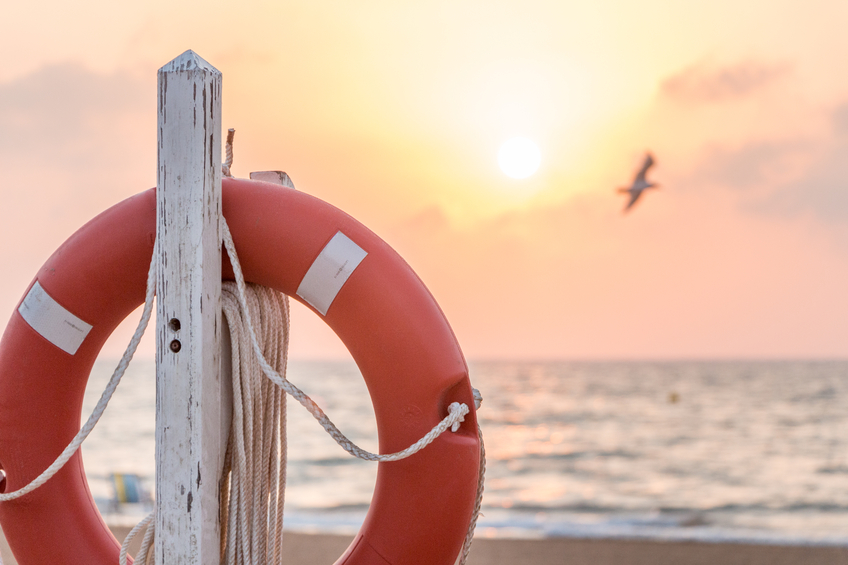 Semaphore flags have found uses in many terrains where it is hard, or entirely impossible, to communicate electronically. This is the case in terrains such as the mountains; an example of this is the Canadian Mounted Police, who use semaphore as hand signals in emergencies during their patrols. The system is also used by some lifeguards along beaches in America to signal messages down the beach.

The famous peace symbol is also formed as a result of the semaphore. The three lines are a combination of the semaphoric letters for ‘N’ and ‘D’, which stood for “nuclear disarmament.” It has become a universal symbol, but hardly anyone will know about the extremely nautical origin it has!

If you are heading out to sea and want to be prepared for whatever the message is that’s being communicated via poles, don’t hesitate to contact us. We’re expert boat chandlers, so call us on 01524 862010 to speak to our friendly team about any enquiries you may have.