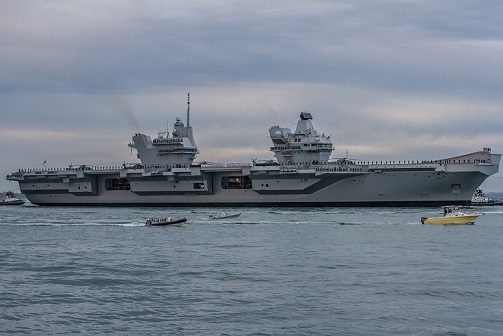 Most navies are impressive in their own ways, but in this article, we are going to focus on some of the most imposing ships from navies around the world. We can only begin to imagine the industrial-scale operations involved in the simplest duties on these behemoths – even basic cleaning must take a while to complete on some of these ships.

Without further ado, let’s take a look at some of the best of the biggest:

The USS Zumwalt isn’t the biggest ship in creation, coming in at 610 feet the Zumwalt is the smallest ship on this list, but that doesn’t hold this ship back from being an incredibly impressive addition to the American navy.

The USS Zumwalt joined the navy in 2016 and cost no less than £2.9 billion. It is a ship made for stealth, which is impressive given that it is the largest ship in the Destroyer class. Apparently, the Zumwalt’s stealth technology gives it the ability to register as no bigger than a fishing boat on a radar.

The USS Zumwalt is also very capable in warfare too, boasting some very advanced weaponry including a computer-guided missile system. There is hope that in the future this ship could be equipped with an electromagnetic rail gun.

The Flagship of the French Navy – Charles de Gaulle

The largest warship in Western Europe, the Charles de Gaulle – formerly named Richelieu – was commissioned in 2001 and runs on nuclear power. This ship is a full 858 ft long and can hold up to 40 aircraft, as well as nearly two thousand people. The Charles de Gaulle is also a fairly fast ship for its size – able to travel at a total of 32 knots. Unfortunately, this ship has seen a fair few structural problems in its time.

Some of the main issues reported during its initial voyages were with the propellors; when one broke the others were also found to be at fault. Perhaps a little suspiciously, a fire occurred at the construction company’s archives just a few hours following a request by the French defence minister to review their quality control.

Since then, the propellers have been replaced and the ship has taken part in a number of military activities, including journies across the Indian Ocean and the Arabian Sea. Currently, the ship is undergoing a review period where its propulsion and aircraft launching capabilities are being assessed for upgrades and refits.

Both ships are fitted to carry forty aircraft, though they can hold up to fifty at full capacity, and cost a combined total of £6.2 billion to create. These will be the largest ships ever made for the British Royal Navy, exceeding the Invincible class that preceded by 234 ft.

Before it went out of commission in 2017, this ship was the greatest vessel on the seas.  Launched in 1960, this 1,123 ft long ship saw a full fifty years of active service in the American navy. The Enterprise is full of interesting quirks that make it an object of interest outside of its tremendous size.

The Enterprise is the only aircraft carrier to house eight nuclear reactors. All other aircraft carriers are limited to two reactors for contrast. It was experiments like these that paved the way for improved technology to be used in ships created after the Enterprise.

Like the Charles de Gaulle, the Enterprise experienced its fair share of issues. The vacuum tube technology used to make the repairs constantly required repairs, and the radars also drained far too much of the ship’s electricity. 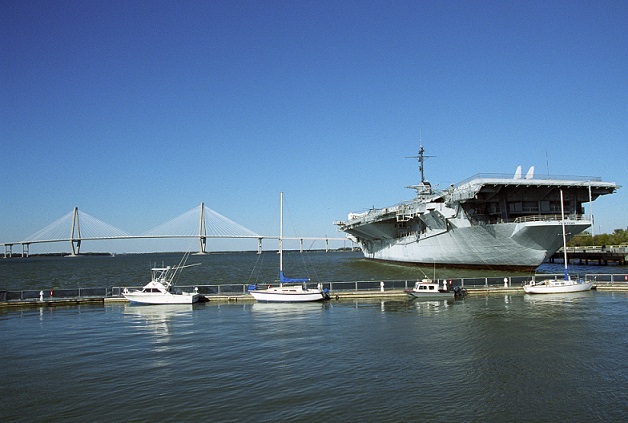 From the world’s greatest destroyer to the USS Enterprise, we have a range of marine supplies online that can be used on ships big and small. Whether you own a personal yacht, are in charge of fleet management or both, as a ship chandler we have the products you need to keep your fleet ship-shape.