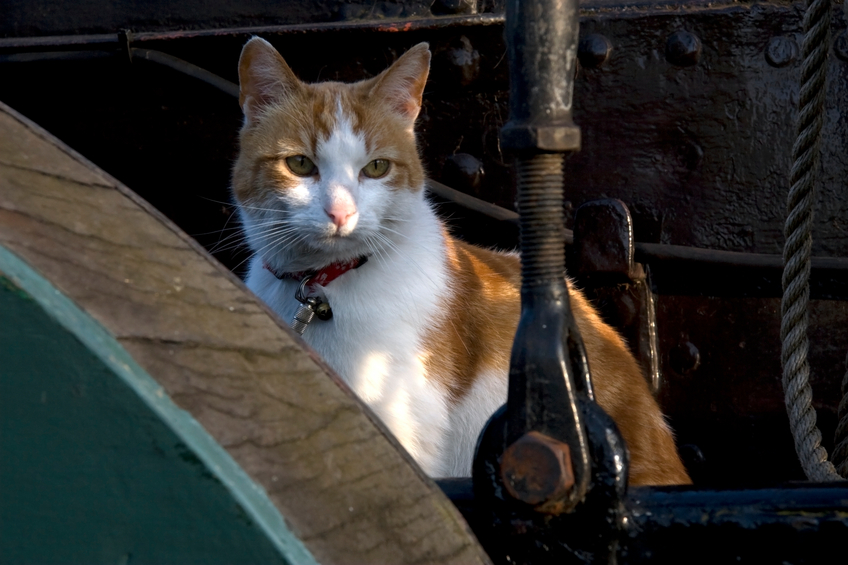 Seafaring has a long tradition of having a ship’s cat – in fact, some sailors once believed that a sea journey without a cat aboard was bound to end in disaster.

Sailing can be a lonely endeavour, so taking a furry friend to share the waves is understandable and even advisable in some cases. Not everyone has the same idea about what animal constitutes a good boat companion, however. The common thought is a cat or dog, but some people? Some people think outside of the boat.

Recently, a more unusual pet has become a boat companion for one man’s sea voyage. Monique the hen is currently enjoying a trip around the world. It’s a beautiful tale; one of friendship and eggs for breakfast every morning.

Her owner, Guirec from Brittany in France, set off on his journey with his pecked companion at his side in 2014. People had warned him that taking a hen would not be good for the bird, that she would become too stressed and not lay eggs as he planned. Monique took to life on the sea like a duck to water, a penguin to ice, a hen to a… boat.

Monique is a free range hen, having the run of the boat as she sees fit. Though when the weather takes a turn for the worse Guirec puts his feathered companion in a hutch for her own safety. Being a responsible pet owner is important, on land or sea.

Is this the weirdest sea pet you have ever heard of?

A more traditional boat pet is, of course, the cat. At the end of the day, there is no greater ally on the sea than our furry little friends. Cats may be afraid of water, but they excel on a boat.

Cats are a common feature on many trading, exploration, naval and even pirate ships! The tradition started as early as the domestication of cats, some 9,500 years ago. Ancient Egyptians took their cats on trips down the River Nile; they used them to catch birds in the rich thickets along the banks of the river.

Primarily cats were used on trading ships to help prevent the problem of rodents. This seafaring life meant that cats spread worldwide, the species having reached nearly every part of the planet that is accessible by ship. The first domesticated cats in Europe are thought to have been brought on a Phoenician cargo ship around 900BC.

Famous ships cats include Blackie, who served aboard the HMS Prince of Wales during the Second World War. Another famous feline was Felix, who was the ship’s cat aboard Mayflower II as part a show of solidarity between Britain and America after WWII in 1957. The prevalence of the name Felix for cats may in part be attributed to this ship’s cat.

Obviously, if you are not a cat person a dog is just as good a sea companion. 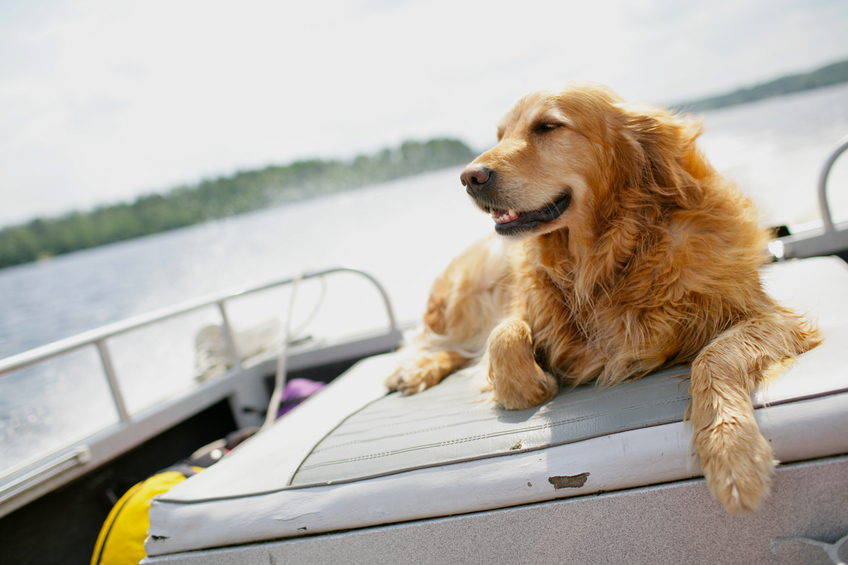 Are you considering taking your four-legged (or another number of legged) companion out on the open sea? Then there are a few things you should consider for the safety of your beloved pet. Some standard precautions to take include:

1. Have an ID microchip – if they do get lost on some wayward port it will be easier for you to be reunited.

2. Buy a personal floating device (PFD) for your pet.

3. If you have a dog, teach him/her basic safety commands. If they know the command ‘stay’ in a critical situation, it can be the difference between pet overboard and smooth sailing.

4. Hazardous or harmful materials should be kept out of your pets reach.

5. Pets can be seasick! So get seasickness medication for them just in case.

As experienced boat chandlers, we here at Offshore Supply have all the supplies you will need for your journey – no matter what little critter you take to keep you company. Get in touch by calling us on 01524 862010 and our friendly team will answer any enquires you might have.