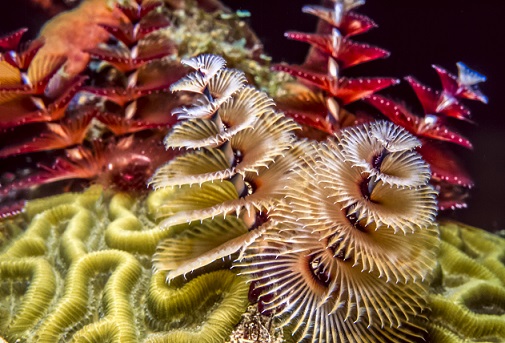 Marine ecosystems are wonderful terrains filled with creatures that surface dwellers often only see on television. These fantastical creatures are often dubbed with some very strange names; of note are the aptly named blobfish, the bloater and the suckermouth, names which conjure up some fairly fantastical ideas, if you’ve never seen one before. So, here we’ll explore this theme further by using Christmas as a jumping off point for thinking about amazing fish and marine life.

Evergreen trees have long been associated with good luck during the winter months. It is recorded in many countries that evergreens were thought to have the power to keep evil spirits and illnesses away.

The Christmas tree tradition as we know it started in Germany and became most popular when the English royal family introduced one into their home during Queen Victoria’s reign. The decoration with tinsel, baubles and lights has a couple of different origin stories, but the most reasonable is that the Christmas light – a small wooden decorated pyramid celebrating the birth of Christ – was transposed onto an evergreen tree. This combined the pagan aspiration to put evergreens in the home during Winter, whilst also increasing the size of the Christian Christmas light which advertised the Christian faith.

The Christmas Tree worm, however, is unlikely to make its appearance in our homes as a replacement tree this year. At a meagre 3.8 cm, you wouldn’t be able to drape a single bauble from this tiny sea worm.

However, Christmas Tree worms are very beautiful in their natural habitat and can commonly be found in tropical waters amongst corals. They’re also very photogenic.

After you’ve put up your Christmas tree and decorated it with chocolate and candy canes, the next step is to put the angel on top. Angels are traditionally placed on the top of a tree to represent their importance in the nativity story.

The Sea Angel can grow to around 5 cm; although bigger than most Christmas Tree Worms, it still probably wouldn’t be ideal for creating a marine-inspired Christmas tree this year from marine wildlife.

If you don’t put an angel on the top of your Christmas tree, you likely use a star instead. This also relates back to the nativity, as it was the star that guided people – such as the three kings – to Jesus’ birthplace.

Starfish can grow quite big, so there’s even less hope of putting one on top of a Christmas tree worm than there would be with the Sea Angel. Some interesting facts about starfish are that they have no brain or blood, and they can’t survive in fresh water.

Though starfish are commonly imagined as having five arms, there are over 2,000  types, including the sun star – a huge starfish with up to forty arms. Even creepier, each arm has one eye. I don’t think anyone would want that atop their Christmas tree this year! 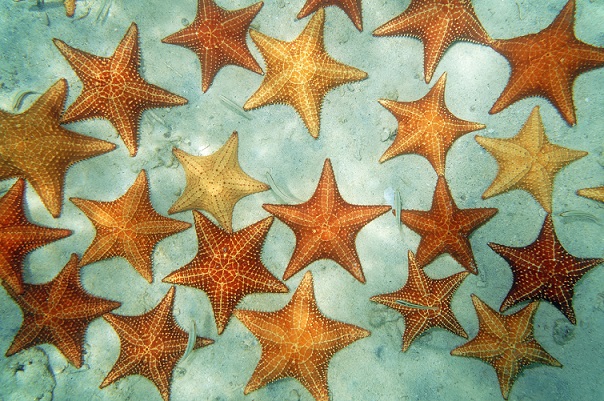 It’s now common practice to eat Turkey on Christmas Day; in fact, around three-quarters of British households do just that. The turkey first appeared on British tables around five-hundred years ago and was a favourite dish of King Henry VIII.

It is a fairly recent occurrence that turkeys would be available to the common people. In the 1930s, a turkey would have cost the average family a week’s wages.

The turkeyfish is native to the Indo-Pacific ocean, but you won’t want to substitute your traditional turkey for one of these, unless you are an exceptional chef trained in turkeyfish preparation. This fish has many venomous spines, making it extremely difficult to prepare. It is edible, however, and can be a very healthy dish if prepared properly. 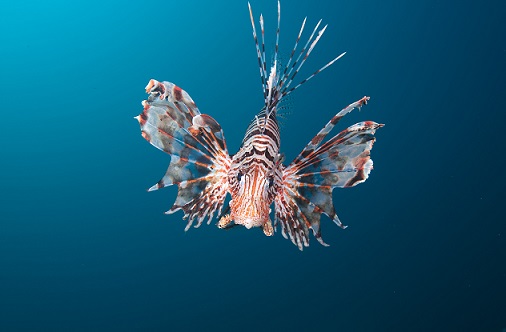 If you’re determined to celebrate a marine-based Christmas, you’ll need an alternative for Father Christmas. We recommend searching the seas for clawed creatures such as crabs or lobsters. Many crabs and lobsters already display the white and red hues that we associate with Santa Claus. 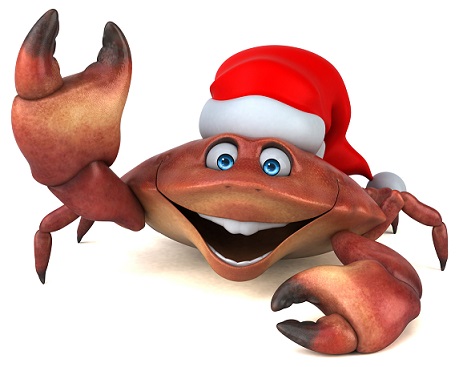 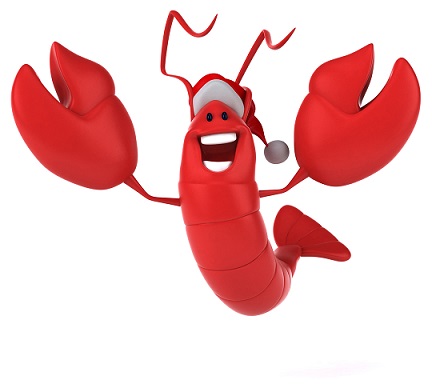 If you found a new species of fish, would you give it a Christmas-themed name? Next time you’re out on the high seas searching for new species to name, remember offshore supply as your marine suppliers online. We provide eco-friendly boat cleaner, amongst many other necessities, to improve your boating experiences.