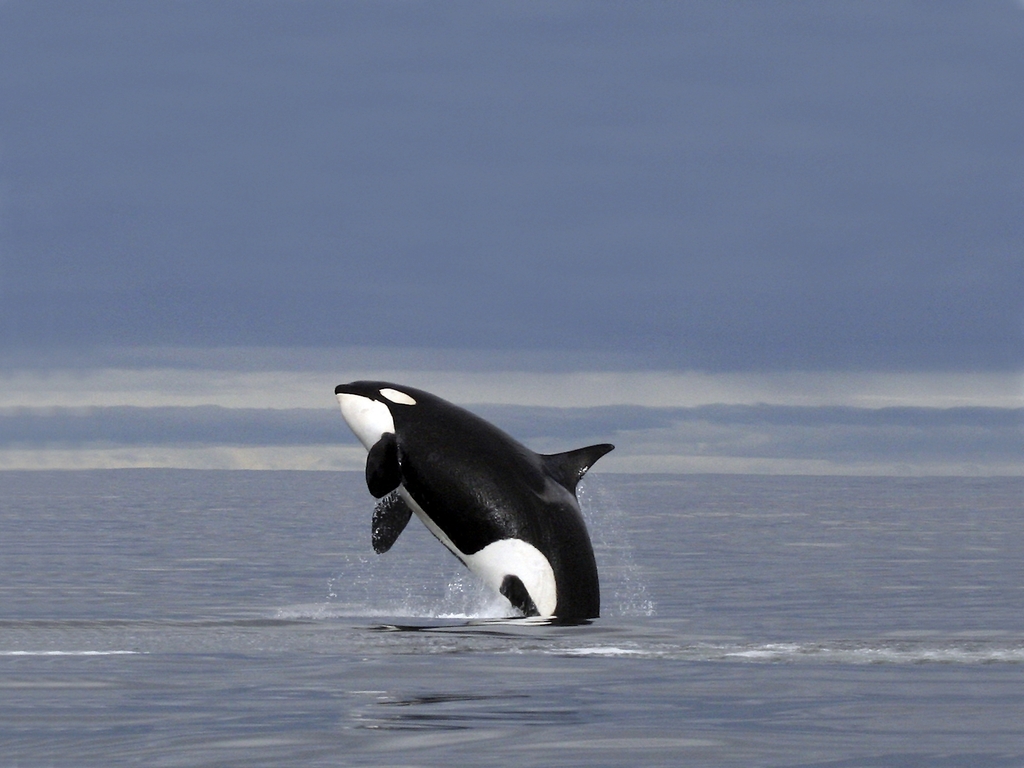 It’s been a while since we have taken a look at some of the incredible creatures that call the world’s oceans their home, and what better animal to bring the series back than one of the best known apex predators of our planet – the Orcinus Orca (or Killer Whale as they are more commonly known).

These powerful marine animals are some of the most energetic, social animals to grace the earth, and there’s no better sight to see while cruising the high seas than the acrobatic displays that these huge mammals put on!

If you’re lucky enough to see these animals in their wild habitat, we thought we’d best arm you with some interesting facts! Not that they aren’t impressive enough, mind you!

They are actually a species of oceanic dolphin, making them part of the Delphinidae family. This means that they are in the same family group as the bottlenose dolphin!

In fact, the name “Killer Whale” is greatly inaccurate. Although they are carnivores, the term “Killer Whale” is said to have been mistranslated from the Spanish phrase associated with orca “asesina de ballenas” which means “Whale Killer”. This name was given to them as some subspecies of orca have been known to hunt other species of whale – including the huge humpback whale!

There Are Three “Types” of Orca

Although at first glance all orca may look the same, there are three different types which make up the orca family.

Transient orca are known for eating other marine mammals such as seals and other whales and dolphins. Rather than travelling in large pods, transients are more often than not seen in smaller pods of around two to six animals. They also have slightly different dorsal fin shapes than the other types of orca, sporting a more pointed, triangular shaped fin.

Transients can be found roaming around the coasts of the world and are known to travel around many different areas.

Resident orca are the most common type of orca that are sighted. They mainly eat fish, but there are known cases of some resident populations eating squid and stingrays, too. They are incredibly vocal animals which travel in large family pods and are seen to visit the same areas on a consistent basis – a very different behaviour to that of the transients.

Residents have a rounded dorsal fin and can be found in North Eastern Pacific waters.

The third type of Orca are known as “offshore” orca, but very little is known about these animals, other than they eat fish and other marine animals such as sharks. They tend to socialise in huge groups – there have been instances where a pod (or super pod as they are sometimes known) has been spotted with around 75 animals present. They appear to be the smallest type of orca, and their fins are consistently rounded.

Seeing an orca is indeed breathtaking, and although it can seem quite terrifying to sail next to these giants of the sea, there’s nothing quite like sharing the waves with these incredibly social, energetic mammals!

If you’re heading out on the high seas and require our help to make your boat ship shape, don’t hesitate to contact us today. We’re specialists in deck and engine products as well as cabin and galley items – they don’t call us one of the best boat chandlers for nothing!

For more information, don’t hesitate to contact us today.