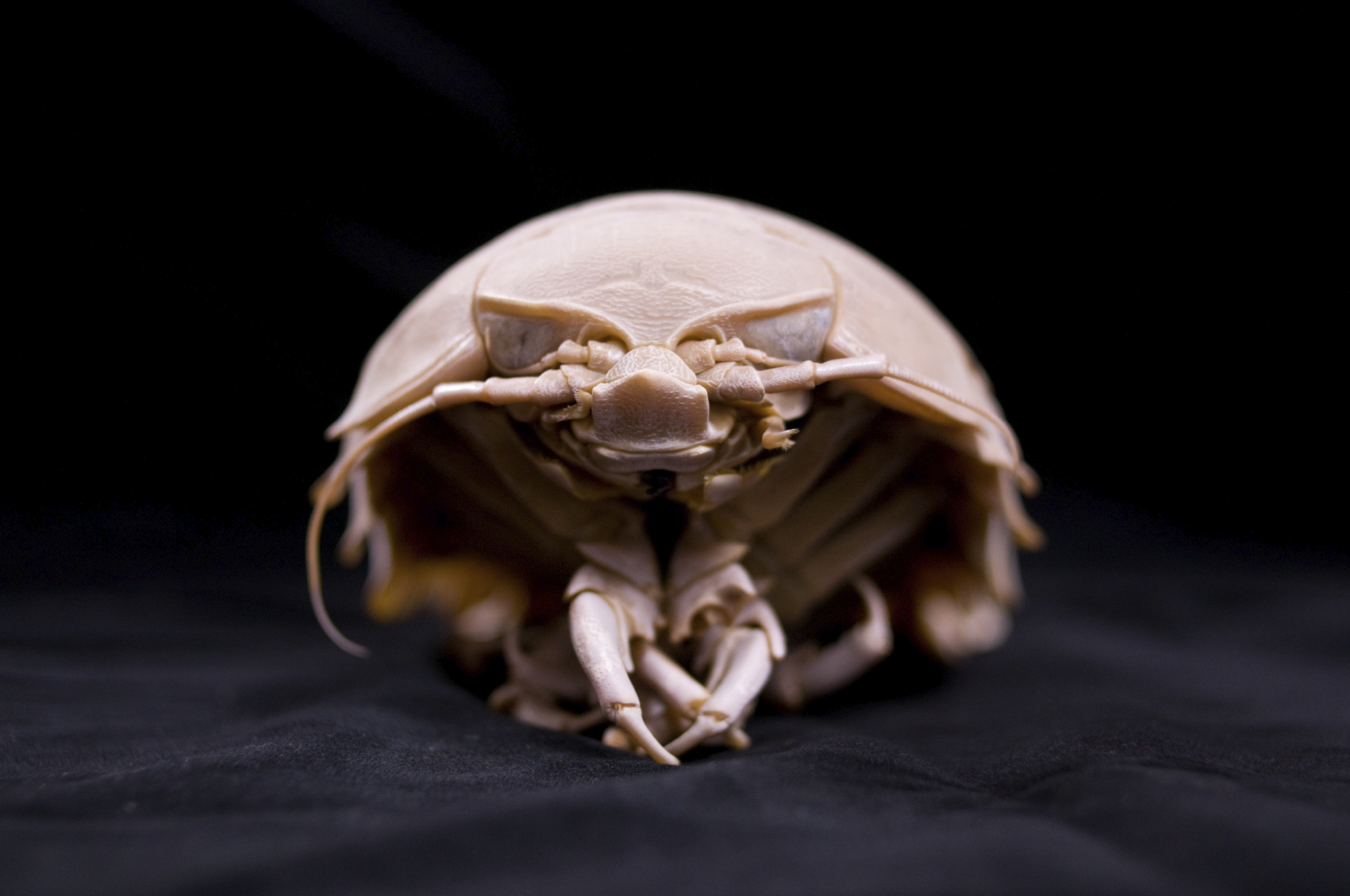 Now, you can be forgiven for not knowing about these guys as they literally live at the very bottom of the ocean between 550 to 7020 feet deep, and prefer to dwell amongst the mud and clay, which they burrow into for shelter. But apart from this, what’s so special about them you might be asking? Well, let’s take a look.

They Can Grow to be Terrifyingly Large

Maybe it’s in the name, but giant isopods can grow to become very large creatures. Typically, you’ll find they only grow to between 7.5 and 14.2 inches in length, but some can get much bigger. One that was found in the depths of the South China Sea was nearly 3 ft long! No-one is quite sure how some of these creatures get so big, especially when you consider their eating habits – which we’ll get to.

While these cute little guys may look like the oceanic equivalent of a cockroach, they’re not in fact insects. Nope, they’re crustaceans and are closely related to all the other, non-insect resembling crustaceans, like crabs and shrimp.

They can go an incredibly long time without eating

Perhaps the most famous fact about these creatures is that they can go up to four years without eating – that’s right, four years! One record breaker this year went a whole year higher than that by not eating for 5 years. Of course, the poor thing did end up dying shortly after but it shows just how tremendous these guys are.

But When They Do Eat, They Feast.

Giant Isopods have four sets of jaws, which are adapted to cut and tear through their prey and they enjoy the act of eating just as much as they enjoy filling their bellies. Many researchers who have witnessed these creatures eating have commented on how much they will go through, so much so in fact that at times, they won’t be able to move for days!

There’s an Entire Album Dedicated to Them.

Of course, we’re not just experts in deep sea creatures, we’re also experts in providing some of the best boating equipment. So, if you’re about to make a trip out on the murky blue, why not check out our collection of online chandlery?

For more information on what we can do for you, contact us on 0845 5211939 and one of our friendly and professional team members will be happy to help.