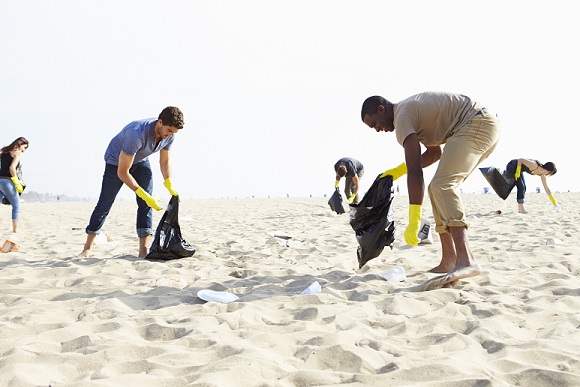 Seals, penguins, fish and birds are all suffering from the twelve million tonnes of plastic waste that are dumped into the oceans each year; what’s worse is that while most of us are aware of these problems, we continue to do it. As ship chandlers, we want to educate people about the issue and give advice on how individuals can reduce their own plastic consumption.

Let’s protect our beautiful yachting and boating experiences by cleaning the oceans together.

This is one of the greatest issues affecting our oceans today, and it’s easy enough to prevent. The term ‘plastic soup’ was coined by Captain Charles Moore in 1997 when he saw a collection of plastic on a trip through the middle of the Pacific Ocean.

This floating plastic is not biodegradable – it won’t naturally decompose and is harmful to both marine and human life. When plastic is broken down into small pieces, it releases toxic substances which are then consumed by the marine animals who confuse these microplastics for food.

Over half of the world’s population rely on fish as a primary food source, so by poisoning the oceans we are poisoning ourselves. Even those who don’t eat fish are still affected, because the oceans are the Earth’s primary oxygen suppliers.

A recent study in the Science journal found that the volume of water in the world’s oceans that is now completely bereft of oxygen has more than quadrupled in fifty years. The plankton that produce so much of our oxygen are being killed off by the microplastics in the water, leading to these dead zones with zero oxygen.

Another study revealed that almost seventy-five-percent of European drinking water is tainted by plastic pollution. 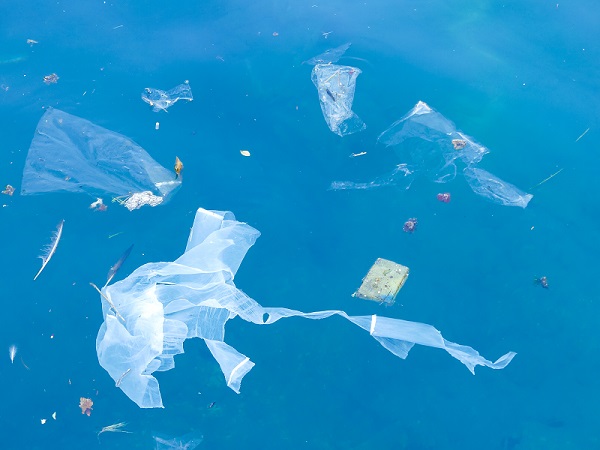 How Does It Get There?

Around twenty percent of this plastic soup is thought to be fishing gear and other materials lost at sea by accident, alongside industrial losses and dumping. Whilst illegal dumping is bad, it only accounts for a relatively small amount of plastic pollution. The big problem is that eighty percent comes from land.

Only nine percent of plastic produced in the past sixty years has been recycled, so the majority of plastic waste is either burnt or sent to landfill. One of the biggest problems is plastic litter – plastic which does not make it to landfill due to insufficient waste management control, such as a lack of bins, human error, or the elements carrying the rubbish away on the wind and towards the sea.

Beach tourists are also to blame for failing to dispose of their rubbish appropriately. Beaches are also affected by industrial leakages, which are often to blame for plastic pellets washing up on nearly three-quarters of UK beaches.

Current Laws – Are They Good Enough?

As we can see, however, this obligation is not enough. It will take joint efforts from all countries to implement more laws which will constrain plastic waste both in the public and industrial sectors. The plastic bag tax can be expanded to further products such as plastic bottles and food wrappings. We’re very happy to see the anti-plastic straw movement in full effect this year. 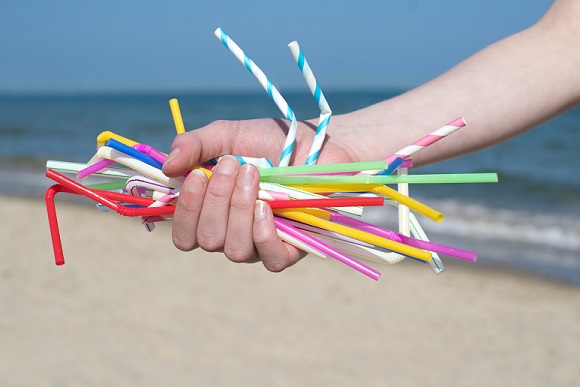 What Can We Do?

You can reduce the plastic soup by joining volunteers in combing beaches for waste products, but if you don’t feel like you want to spend quite so much time doing this, you can reduce your plastic waste on an individual level.

When purchasing plastic products, think about where that plastic is going. If possible, reject plastic-wrapped products such as vegetables, buying loose ones instead. If you are buying plastic, think about how you could re-use it: too many tuppers from the takeaway? Use them as lunch boxes, or see if you can return them for the restaurant to wash and re-use. Get creative, find solutions – save the oceans!

Other easy-to-use ideas are to give up gum (it’s made of plastic), use a flask for takeaway beverages, carry Tupperware (takeaway tuppers!) for leftovers at restaurants, make your own cleaning products, instead of buying new plastic spray bottles each time. 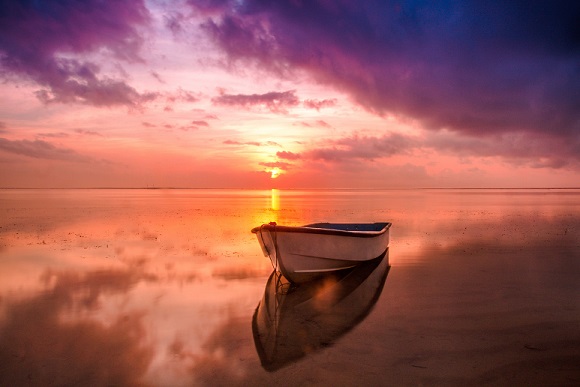 As ship chandlers, we’re aware of the dangers that plastics can bring to our Earth. You wouldn’t go for a day out to take in the lovely views at the local tip, so let’s protect our oceans by improving our eco-awareness and reducing plastic. Your actions might inspire others so start setting those plastic-free trends today. Offshore supply offers a range of eco-friendly marine cleaning products because we care about the ocean.