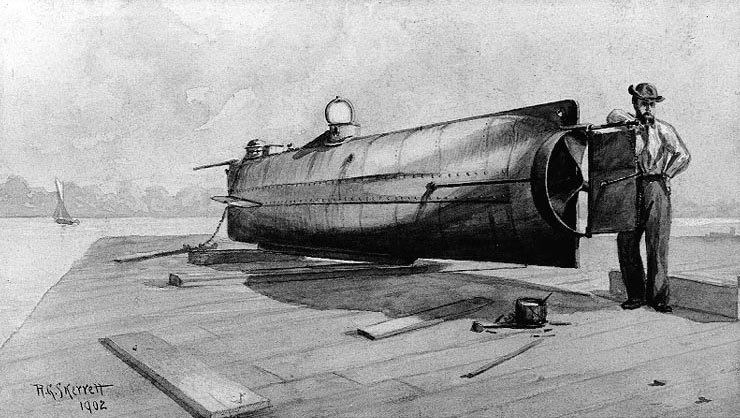 We recently started a series on the most famous ships in history and kicked off with the Santa Maria. Today, we’re carrying on the series by looking at the mysterious H.L. Hunley; the first successful war submarine.

H.L. Hunley was built at the time of the American Civil War during the 1860s. This war between the southern and northern states broke out due to conflict and differences between the free and slave states. The southern states wished to break away from the U.S and create their own nation; the Confederate States of America. Abraham Lincoln and the northern states refused to recognise the legitimacy of this new nation, so the war began.

In 1861, President Lincoln commanded that the major ports of the southern states should be blockaded. The largest of these ports was Fort Sumter in Charleston, where the Union blockade focused their strength and began to take the advantage.

This blockade continued until 1864 when the H.L. Hunley claimed victory over the USS Housatonic, the Union ship used to block the port. The victory of the submarine came at a price, however. During test runs, she sank twice, killing 13 of her crew, including the designer, Horace Hunley. She was recovered from the seabed on both occasions, and then set back to work.

Despite sinking twice, killing 13 out of 16 men, the Confederate forces pressed on, desperate to see her conquer the Union. A courageous new crew was assembled for her 3rd and final mission, and she has launched again.

The tiny, cramped submarine quietly made her way towards the USS Housatonic at about 3 knots before she was spotted by the crew of the Union ship. They began their attack on her by firing rifles and revolvers, as the ship’s cannons were unable to point low enough to reach the Hunley. They failed to stop her advance, and she rammed her long metal spear into the ship, planting a 135-pound torpedo into her adversary, thereby causing her destruction. 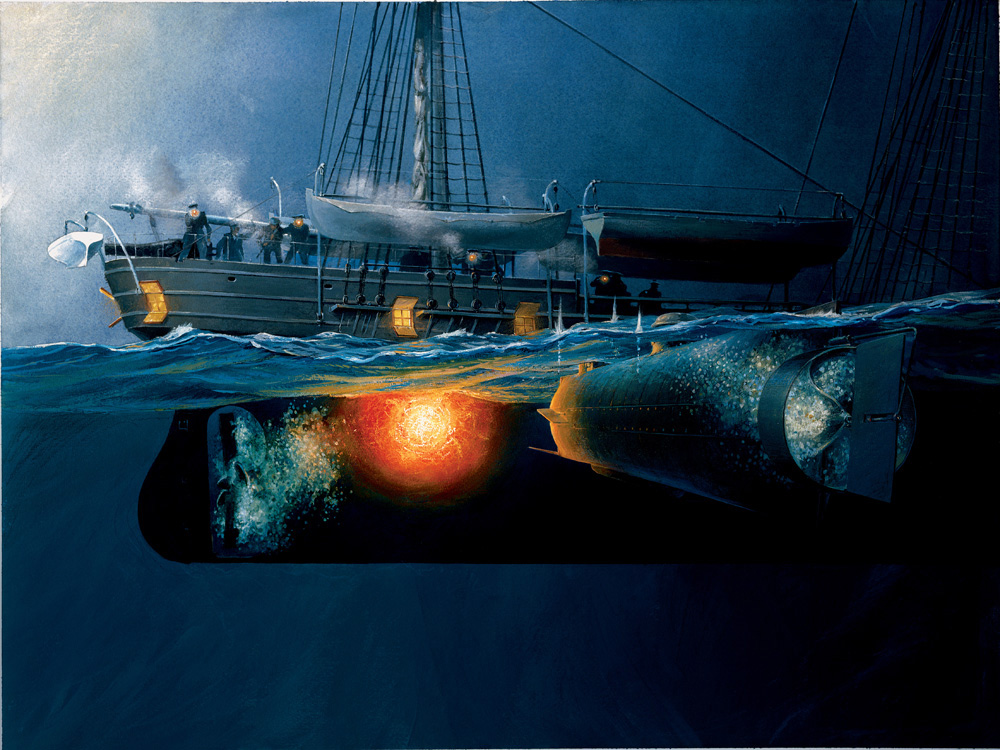 The H.L. Hunley signalled back to shore that the mission was a success, but within minutes, she disappeared below the surface, again killing the brave men on board.

To this day, the reason for her final descent to the seabed remains unknown. But what we can be sure of is that this tiny submarine, and all the men that manned her, made history, and set a precedent for the future of naval warfare.

Here at Offshore Supplies, we appreciate a good history lesson, but we know that today, your nautical needs are slightly different to those of Horace Hunley and his crew. As ships chandlers, we can provide you with anything you may need to sail the seven seas, so contact us today on 01524 862010 for more information.