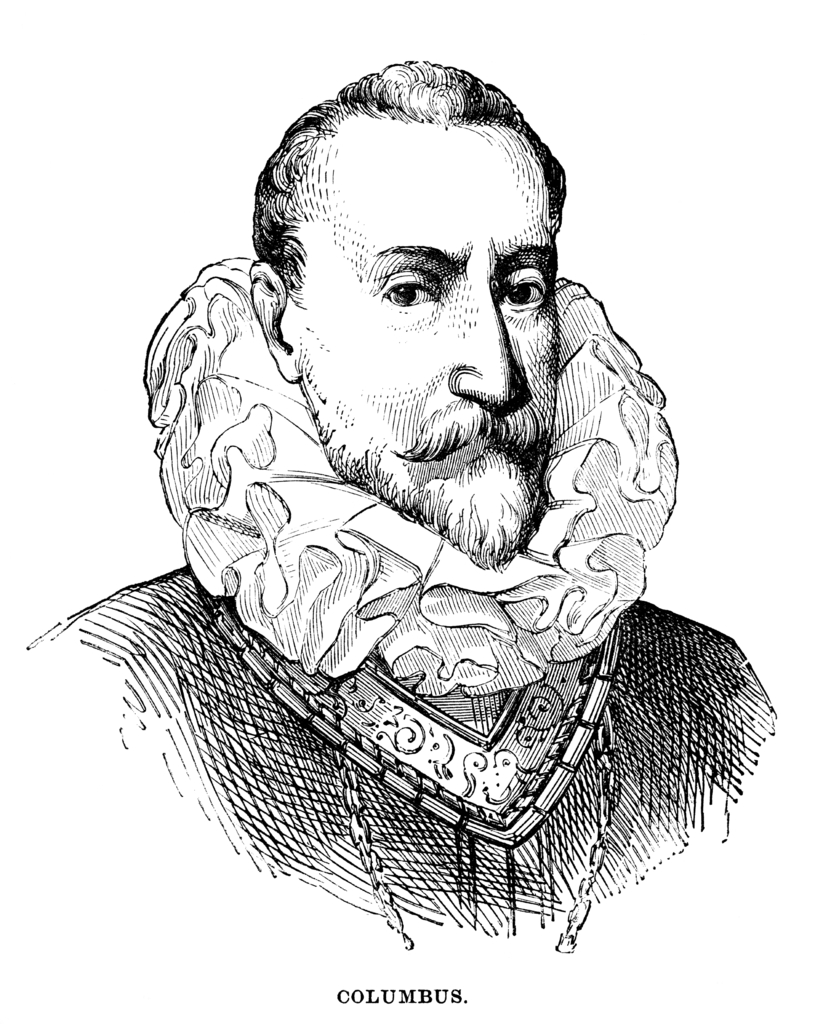 Recently, we have been running a series that has been looking at the most influential sailors in history.  We have already looked at Sir Robin Knox-Johnston, Captain James Cook, and more recently Jessica Watson.

In this post, we will be looking at a sailor that almost everyone has heard of – Christopher Columbus. He is best known as an Italian explorer who was responsible for initiating the Spanish colonisation of the ‘New World’.

Columbus was born in the Republic of Genoa on the 31st October 1451. He was born during the Renaissance period, which was a time of new ideas and discoveries in Europe.

He was one of four children, born into a middle-class family. His dad was a wool merchant and weaver, who also owned his own cheese stand that Christopher, would help out on.

His family wanted to become rich from trade; therefore Columbus went to sea early on in his childhood. It was because of this that he became an experienced sailor. He learnt quickly about how to sail a wooden ship with sails, how to navigate, and all about the winds and tides.

After spending quite a lot of time out at sea, Columbus decided to move to Lisbon in Portugal, hoping to gain some support for a journey that he was planning.

His main aim was to find an easier sea route to Asia – so that they could trade with the countries there. People in Portugal had already tried travelling South around Africa, but it took far too much time! Columbus decided that he wanted to sail west – believing he could reach China in a mere few days.

Like most people back then, he thought the world was much smaller and they weren’t aware of America.

He was determined to bring back goods and get rich! He persuaded the King and Queen to give him money to fund his trip, promising them riches in return.

He set sail on the 3rd August 1492 – taking another two ships with him. The ships were The Nina, The Pinta and The Santa Maria – all of them were wooden ships with sails.

There were around 90 men accompanying him on his quest to Asia. The sailors worked shifts on the ships, and at night they slept on the decks. He used a compass to navigate, and a traverse board to mark the direction that they wished to travel in.

The journey was taking longer than he expected, coming across nothing but ocean. The men were getting worried as food was beginning to run out.

After sailing across the Atlantic Ocean for 10 weeks, a sailor on one of the boats spotted land – something that Columbus later took credit for.

Columbus and his men landed on a small island in the Bahamas, which they named San Salvador. He claimed the island for the King and Queen of Spain – as he promised them. Columbus thought he had reached the Indies and insisted on calling everyone he met Indians.

The Santa Maria hit a rock and was wrecked on Christmas Day 1492. Columbus transferred to The Nina but left all of his men behind – telling them to start a new settlement. He returned to Spain in March 1493 and claimed the riches he believed he deserved.

So What Happened to Columbus?

He made three more trips across the Atlantic Ocean to the Caribbean – still searching for India.

Whilst Spain ruled the countries he found, Columbus was considered a disgrace. He was accused of only trying to make himself rich and was sent back to Spain in chains.

Columbus sailed for the last time in 1502. He sailed to America – in the hope of finding China. He never did, and instead spent time exploring Central America.

We love reading about all these famous sailors from the past and present. We’re not experts on discovering new lands but as leading boat chandlers we know a lot about supplying boats and ships with everything they need.

If you’re determined to make your own mark at sea, then we can help you out. Here at Offshore Supply we pride ourselves on being a leading supplier of marine supplies to the industry.

If you have any questions about what we provide, please contact us on 0845 521 1939 and a member of our friendly staff will be happy to help.